There has been a marked increase in the rate of suicide and self-injury among the Iranian military forces including the army, Islamic Republic Guard Corps (IRGC), police and some paramilitary organisations. 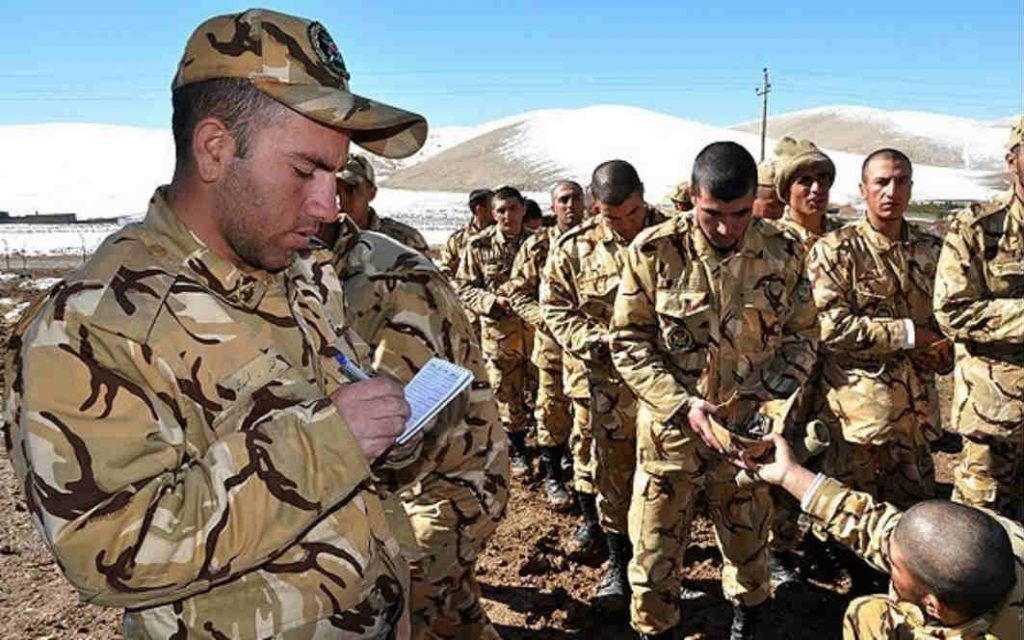 The data not only includes soldiers but also officers and senior personnel. The recent string of suicides in military units, including that of a conscript who killed three of his fellow soldiers before killing himself at a provincial corrections and rehabilitation centre in Yasuj (700 km south of Tehran), and the suicide of other conscripts in Kash (Sistan and Baluchistan Province) and Ahvaz (Kazakhstan Province) are only a few examples of a rising suicide rate on military bases. However, what is published in the media provides only a glimpse into a much bigger truth, bulk of which is not disclosed.

The last time a military official spoke about suicide among military units was at the 15th Assembly of the Crime Prevention in the Armed Forces in February 2014 at the the Islamic Republic of Iran Army Aviation (IRIAA), headquarters in Tehran. Brigadier-General Mahmoudi, the deputy commander in charge of operations of the Iranian army, told reporters: “our six-month investigation into the underlying causes of suicide has shown that the common factors among those committing suicide have been personal, family, emotional and psychological problems and addiction. We have also identified other underlying causes such as fear of serving in the military or being stationed at the boarders, lack of security within the family and having negative attitude towards other soldiers.” 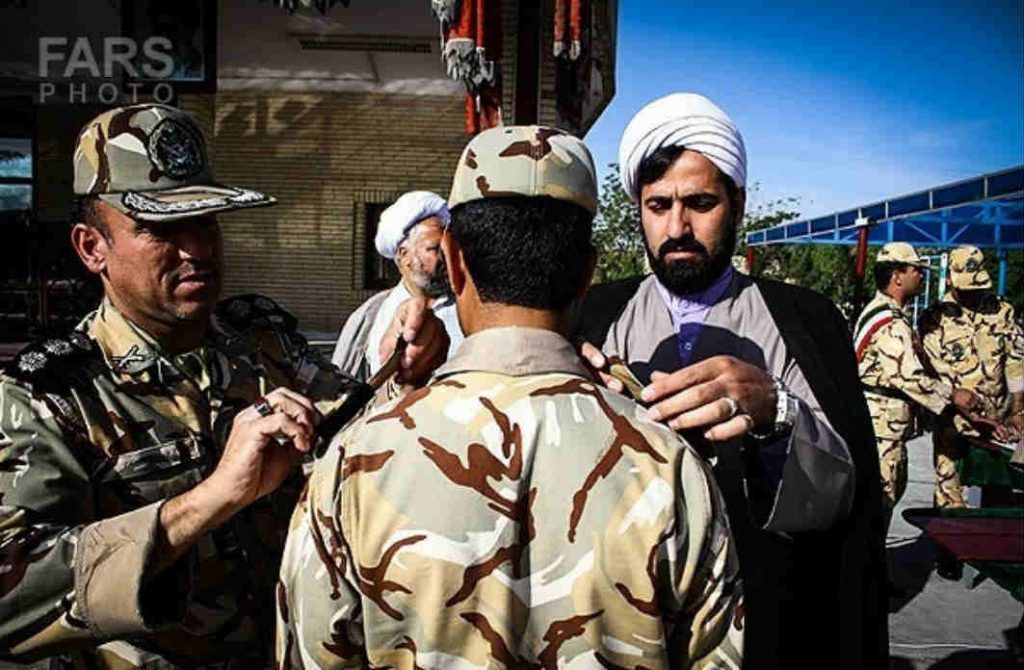 According to Brig-Gen Mahmoudi and the Crime Prevention in the Armed Forces Commission, in an effort to halt the escalating high rate of suicide, a formal request was made to the deputy commander of the general staff of the armed forces in charge of human resources, asking that all soldiers undergo a psychological and emotional examination before entering the service. There hasn’t been a response to this request even after three years. 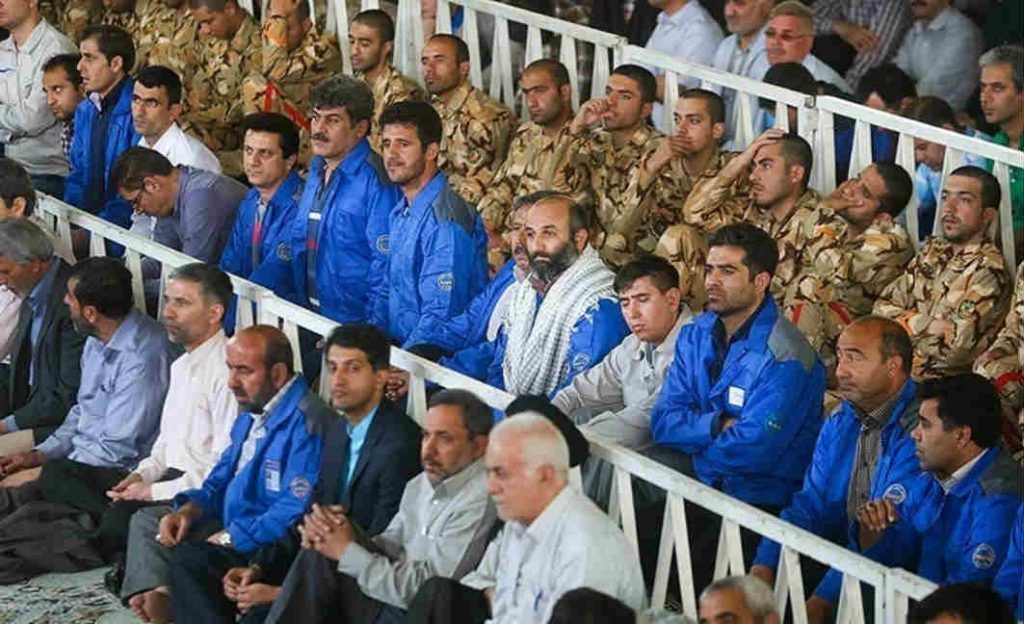 Many countries around the world including the United States follow well-defined military doctrines, and also possess a wealth of experience accumulated through many wars. They have formulated various programmes that aim to raise the spirits and morals of their soldiers and military personnel. These programmes are designed to address the specific needs of the sea, air and ground units stationed in various geographical locations. They factor in the various social, cultural and religious beliefs and physical needs as well as sexual attitudes.

Recently, in Iran a number of research articles have summarised the findings of a few low-budget and short-lived studies into the causes of emotional and psychological problems in the military by a generation of new researchers.  Over 90 per cent of those attempting suicide suffer from one or the other form of psychological problems such as depression and bipolar disorder.

The revolutionary and Islamic ideology and training is continually reinforced within the military units of the Islamic Republic, and religion is used to boost the morale. However, this approach has not only proven to be ineffective, it has most likely caused more emotional and mental anguish. Mental pressure, rising expectations of the new generation and failure on the part of those institutions in charge of education reform to adapt to the changing times have allowed religion, a culture of martyrdom and sacrifice in the name of Islam and the revolution to turn the military bases into a dead and soulless entities.

Clerics have replaced professional psychologists and psychiatrists looking after the emotional and psychological welfare of the soldiers, clerics at military bases. These clerics are the representatives of the Ideological and Political Organization of the Armed Forces and are permanently stationed on military bases. They do not only failed to offer any real help, but instead they are part of the problem.

Military bases, to put it mildly are sad places, where much fewer festive occasions than religious ones, are celebrated. On those occasions, which are very rare, soldiers are given leave to go home. However, the religious mournings are not only observed on a designated dates but performed deliberately on a daily basis by the clerics during the daily morning, afternoon and evening prayers.   Held at the prayer houses embedded in military bases, the ceremonies have maintained their antiquated revolutionary form.  They are a form of indoctrination by remnants of leaders who belong to another age.

For the younger generation of military personnel, religious and revolutionary teachings are no longer effective tools for uplifting the spirit, preventing suicide or self-injury let alone fighting for Islam and the revolution.  At the same time pride, stubbornness and fear of being stigmatised for seeking psychological help and possible damage to their careers discourage some from seeking help which makes it very difficult for military officials to effectively prevent suicides.

Although many officers in Iran do undergo emotional and psychological assessment prior to their trainings and employments with the armed forces; soldiers do not. Therefore soldiers are more prone to suicide. When an individual within a unit commit suicide, the incident has a profound negative affect on the whole unit.