The Iranian rial fell to a record low against the U.S. dollar on May 5. The exchange rate in the open foreign currency market was 70,000 rials to a dollar. Many businesses that depend on the foreign currency face bankruptcy. The rial has lost some 30 percent against the dollar in the past two months. Observers believe that the devaluation of the rial and double-digit inflation are the direct results of the current political climate in Iran and the government’s failure to control the foreign exchange market. 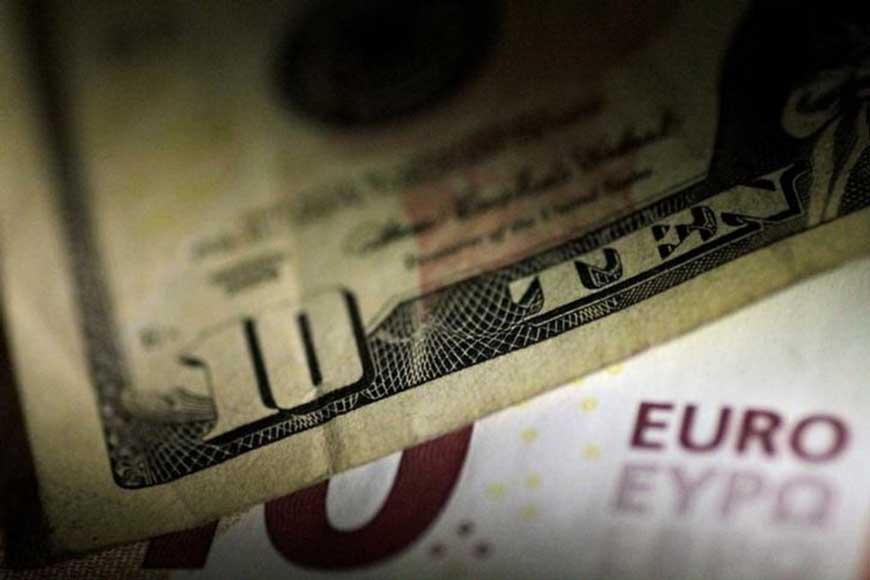 Many currency exchanges in Iran operate without permits. There are also dozens of credit and financial institutions in the country with close ties to the military, security agencies and the Judiciary, which trade in the foreign currency market without the official permit from the Central Bank of Iran.

The high volume of illegal trade among currency exchanges in Iran has prompted the intergovernmental Financial Action Task Force on money laundering (FATF) to set a deadline for the Central Bank to deal with the problem.

The Governor of the Central Bank of Iran, Valiollah Seif, has admitted that he was aware of the black-market trades and efforts by some exchange services to hoard dollars or illegally transfer foreign currency out of the country. Mr. Seif, however, said he wasn’t able to prevent the practice. A consequence of his inaction is the alarming fall of the rial against the dollar.

In November 2017, the Majlis (Iranian Parliament) passed a bill giving the Central Bank of Iran the authority to monitor the operation of all currency exchanges in the country. Clause 4 of the amendment to the bill on “the smuggling goods and foreign currency” gave the Central Bank three months to identify and deal with the currency exchanges that operate without permits.

The law was, however, never enforced. Not only did the Central Bank not monitor the operation of currency exchanges, but more money left the country than ever before, resulting in a massive shortage of foreign currency in Iran. The head of the Majlis’s Economic Committee, announced that $30 billion had left the country. Iran’s non-oil exports from March 20, 2017 until February 2018 stood at $35 billion. In effect, the country had only $5 billion in foreign exchange reserves in the last month of the Iranian calendar.

The government took two steps to curb the activities of the exchanges that operated without permits. It tried, unsuccessfully, to rescue the rial by setting a single foreign exchange rate. It also banned currency exchanges from conducting their transactions in banknotes. Subsequently, the currency exchanges and the government entered into an economic war which caused the devaluation of the rial. People were the real losers as a result.

Many of the currency exchanges which operate without a permit have close links to the opponents of the President Hassan Rouhani. They have smuggled massive amounts of foreign currency out of the country since the West imposed severe actions on Iran. They have opened offices in major cities including Istanbul, Baghdad, Baku, and Tbilisi. Their principal customers conduct their business in these cities. So, what started as a way of circumventing Western sanctions has gradually become a significant part of Iran’s black-market economy.

The owner of a currency exchange in Tehran who spoke to Kayhan London on condition of anonymity said: “The volatile foreign currency market in February prompted the Central Bank to put a lot of pressure on currency exchanges. Previous experience had shown us that the government would impose severe restrictions on all transactions, so many exchanges moved a large amount of foreign currency to other countries where they could trade freely.”

Speaking about the $30 billion which had left Iran, this trader said: “The transfer was made by both the registered exchanges and those operating without permits, which means that the banks moved a large portion of the currency. It wasn’t as if the money was put in suitcases and taken out of Iran. The Central Bank couldn’t do anything about it, because many of these exchanges have links to those centers of powers that are not accountable to anyone.”

“I must point out that not all of the foreign currency in question ended up with exchange services outside Iran. Certain individuals and organizations which are concerned about the political future of Iran have transferred the currency out of the country. The Central Bank cannot touch them”, the currency trader said. The individuals and organizations which this trader refers to are the commanders of the Islamic Revolutionary Guards Corps (IRGC) and their affiliated currency exchanges.

On May 8, President Donald Trump announced that the U.S. was withdrawing from the 2015 Joint Comprehensive Plan of Action (JCPOA), known as the Iran nuclear deal. In anticipation of the U.S. exit from the agreement and given the increasing regional tension and prospect of war, the IRGC started transferring a significant amount of currency into various foreign bank accounts belonging to companies under its control. The move enables the IRGC to circumvent the impending new economic sanctions and continue its funding of the Lebanese Hezbollah, Yemeni Huthis, pro-Iranian Shia militias in Syria and Iraq. It will also be able to buy missile parts and weapons on the black market.

The currency exchange services use card readers to transfer funds out of the country. Many travelers routinely use cards to buy foreign currency from exchanges working with Iranian banks in some of the Gulf states, Baku, Karbala, Najaf, Sulaymaniyah, Erbil, Istanbul, Antalya, Tbilisi, and Yerevan.

In its April 3 issue, Donya-e-Eqtesad newspaper reported that 250,000 Iranians had traveled to Turkey during the Nowrouz holidays, taking an estimated 500 billion Turkish lira out of the country. It is unclear how much money was invested by average Iranians in purchasing foreign currency.

The U.S. Treasury has said the new sanctions would target Iran’s oil sector, aircraft manufacturers exporting to the country and attempts by Tehran to buy U.S. banknotes. Meanwhile, France, Germany, and the UK said they planned to continue abiding by the JCPOA agreement. However, it is unclear how these governments plan to shield European companies which do business with Iran from the U.S. sanctions.