Hojatoleslam Hassan Rouhani delivered a cunning speech at the UN that was soothing for the credulous but frustrating to the astute.  Accordingly as President, he admirably preserved the Islamic Republic’s  supreme ranking in subterfuge to manipulate international public opinion . 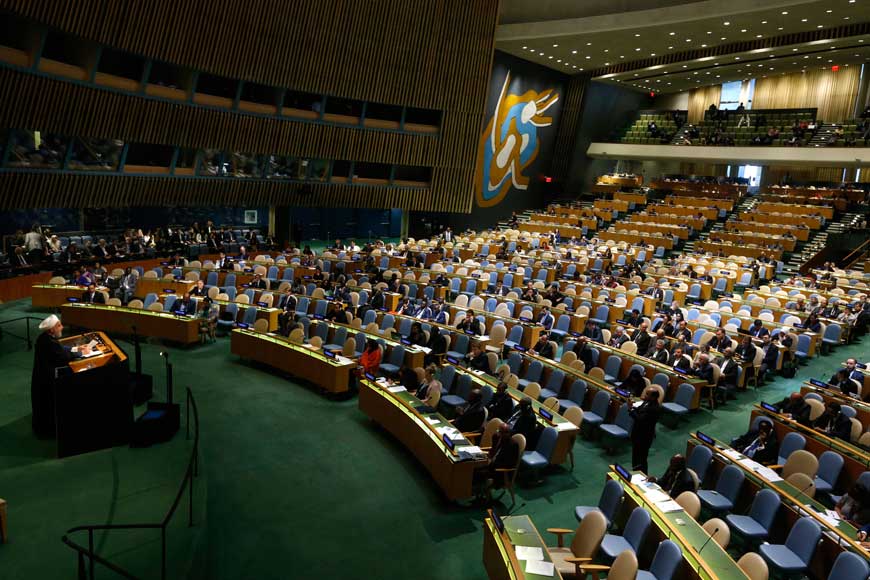 Addressing the 72nd UN General Assembly, Mr Rouhani said, “Iran has experienced free and democratic governance for four decades.”  Free and democratic governance?  The 1979 Islamic revolution in Iran gave birth to a historically unique system, called  “Velayateh Faghih” or “The Rule of the Jurisprudent.”  Even this was altered further via a decree by Mr Khomeini after the revolution.

Today,  Iran is ruled by the “Velayat Motlagheh Faghih” or the “Absolute Rule of the Jurisprudent.”

There is not a shadow of a doubt as who is the “Absolute”  ruler in  Iran, the Supreme Leader.  His rule is neither free nor democratic.

Mr Rouhani also boasted that 41 million Iranians had voted for him. True. Given the choice between  a frightening bogey man and a more pleasant articulated, what else could they have done?  The question is: would he have secured 41 million votes if the Guardian Council had not pre-selected the candidates? 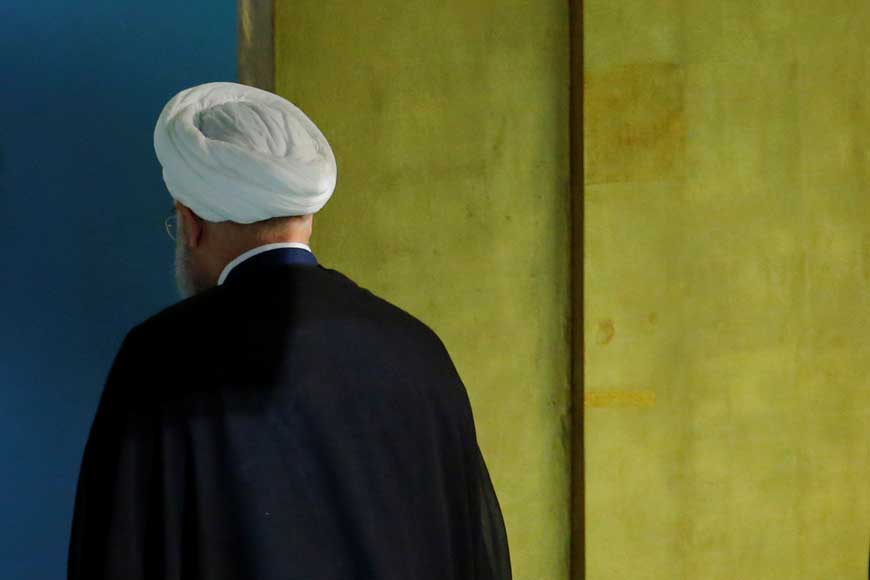 Next, Mr Rouhani promoted the Islamic Republic as the champion of the “voiceless” in their fight against tyranny. This “voiceless,” neither includes the Muslims in Chechnya fighting the Russians nor the persecuted Uighur Muslims of China.

The President then continued his highly skilled subterfuge by distorting a main raison d’etre of the Islamic Republic, enshrined in its Constitution: the “export” of the Islamic Revolution.   He stated, “Iran does not seek to impose its official religion on others, or export its revolution through the force of arms. We are so confident in the depth of our culture, the truth of our faith and tenacity and longevity of our revolution that we will never seek to export any of them in the way neo-colonialists do, with the force of the bayonet.”  Instead, he told the UN General Assembly, the export of the revolution is by “entering the hearts and minds and reciting our poetry and engage in discourse on our philosophy”.

Imagine a speech delivered at the UN General Assembly at the height of World War II proclaiming, “ the Third Reich does not conquer by using the bayonet but conquers the hearts and minds and exports the Nazi ideology through the poetry of Schiller, Brecht and Nietzsche.”

Did Mr Rouhani want his audience to believe that the Qods Force recites poetry of Rumi and Hafez for the Hezbollah, the Hashd Al-Sha’abi,  and the Houthis of Yemen? Are plane loads of weapons flying direct to Syria simply loaded with Persian poetry books? Were all those Iranian opposition activists assassinated throughout the world whacked by poetry books?!

Iran’s Jewish, Christian and Zoroastrian minorities have dwindled drastically since the 1979 revolution. Vast numbers have emigrated to escape the discriminations enshrined in the very Constitution of the Islamic Republic. Indeed the “tolerance” Mr Rouhani celebrated has led to the systematic persecution of followers of the Baha’i faith as well as dissident Shia clerics in Iran.  Indeed, more Shia clerics have been executed, tortured, imprisoned and put under house arrest since 1979 than ever before.

It is a wonder how this catalogue of errors and misrepresentations is enunciated by an individual who has received a PhD in Islamic Jurisprudence from the Glasgow Caledonian University.  Could it be because he is not actually proficient in the English language?  It also beggars belief how much balderdash can be thrown in just one speech and not only get away unchallenged but receive praise by certain quarters!