برگ نخست Features in English Opinion: Trump Is Another Ronald Reagan In The Making

We might be witnessing the emergence of another Ronald Reagan in U.S. politics — if President Donald Trump’s strategy towards Iran were to succeed.

Both Presidents Reagan and Trump brought heavy personal baggage with them into the White House. And neither was marked for achieving great things domestically and on the international stage. 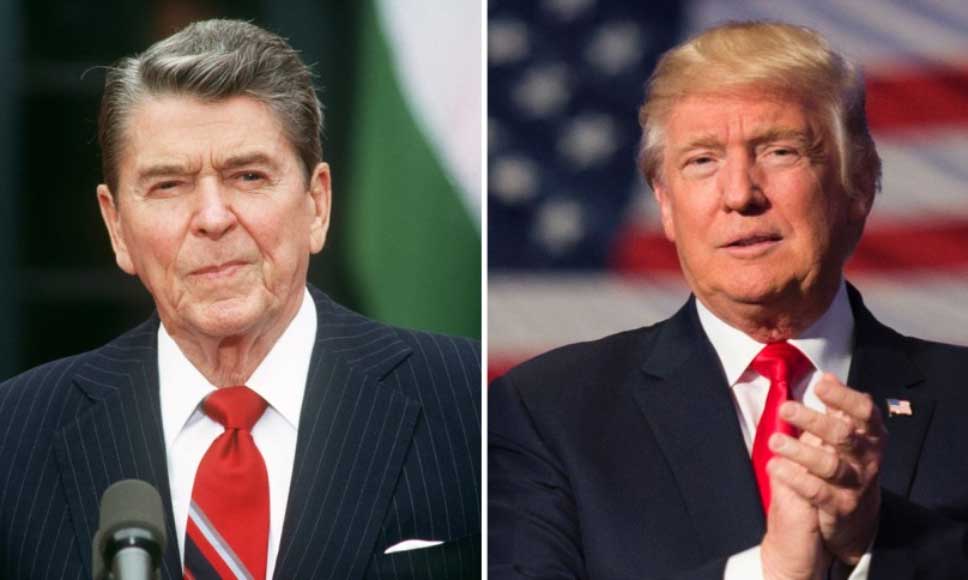 Reagan’s Star Wars forced the former Soviet Union to reduce its nuclear stockpile. Moscow could not compete with the U.S. militarily, economically and politically. To avoid a complete political and social breakdown, the ruling elite had to abandon its communist ideology and reinvent itself.

There are admittedly significant political, economic, social and ideological differences between the former Soviet Union and the Islamic Republic of Iran. But Trump’s Iran policy closely resembles Reagan’s approach towards Moscow.

Trump’s strategy is not limited to curbing Iran’s nuclear activities, but also to halting the regime’s military ambitions in the region. Revoking sanctions relief and imposing new sanctions will put significant economic pressure on Tehran. It is abundantly clear that Trump’s ultimate goal is to set new rules for the geopolitical game in the Middle East.

The U.S. withdrawal from the JCPOA doesn’t cancel the agreement. Britain, Germany, and France have vowed to keep their end of the bargain which forces Iran to remain in the nuclear deal. Meanwhile, Washington is free to impose more sanctions on Iran. To keep the Europeans on its side, Tehran has no choice but to adhere to the articles of the nuclear deal.

Tehran has found itself in an impossible situation. On the one hand, it is concerned about the economic impacts of the sanctions, and on the other hand, it has no other option but to remain in the JCPOA. It can neither confront the U.S. nor can it benefit from the nuclear deal. Also, Iran doesn’t gain any economic advantage even if the EU member countries could find a way to circumvent some of the sanctions. Meanwhile, the Islamic Republic’s military campaign in the region has drained the treasury and plunged the country into an economic crisis. The regime is also facing widespread unrest inside Iran.

While expressing their support for the JCPOA, European countries, have, however, been critical of Iran’s “malignant activities” in the Middle East. They can, therefore, side with Iran only to a point. They know that their commitment to the nuclear deal should not be construed as support for Bashar al-Assad’s regime and Iran’s presence in Syria.

The West has also been concerned about the Islamic Republic’s dismal human rights record. The regime has systematically violated the rights of its citizens including but not limited to political dissidents, women and religious and ethnic minorities.

The U.S. would not consider lifting the sanctions without making significant changes to the nuclear agreement, which include addressing Iran’s ballistic missile program and regional activities. Iran is in a difficult situation, because neither adhering to the JCPOA nor refusing to renegotiate its terms would benefit the regime in any way. Tehran will lose the support of the European countries if it decides to leave the JCPOA. It will also be unable to endure the new U.S. sanctions which, according to officials in Washington, will be more comprehensive, targeted and robust.